Thank the universe for Sunday 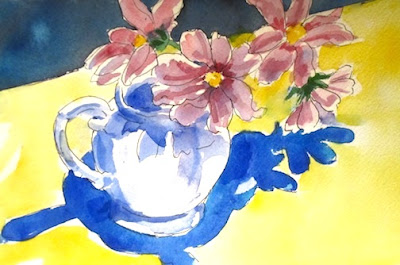 Today was one of those glorious Sundays that make
you believe in all things wonderful.  The sky was
that perfect deep blue with white puffy clouds
floating by as decoration.  And the autumn trees
seemed to soak up the sunlight and hold it like
living candles.  It was pure delight, so we decided
to head to Kleinburg and the McMichael gallery
one of the largest collection of Group of Seven
paintings in Canada.

When we got there most of the Group of Seven
galleries were closed, but there was a wonderful
show of gallery volunteers' work, and two super
portrait shows, Double Take: Portraits of Intriguing
Canadians and Queen Elizabeth II by Cecil Beaton:
a Diamond Jubilee Celebration. Both exhibits were
fabulous and I was completely happy.

Standing in front of gorgeous portraits in oil
of Wolfe and Montcalm -- the generals who
decided the fate of Canada at the battle
on September13, 1759 (would we be predominantly
French or English?) (By the way the English won, but
both generals died from wounds they suffered during the battle).
I felt excited about the power of painted portraits. 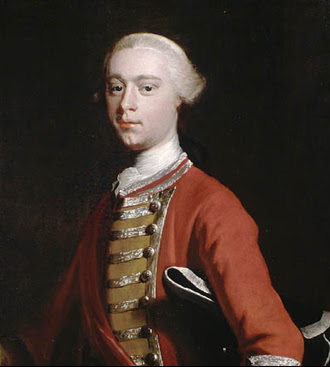 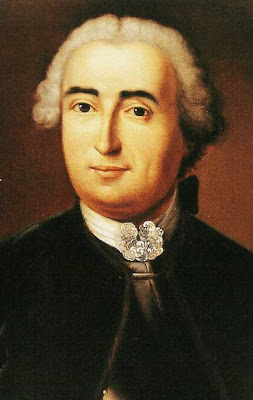 There they were these two famous men, staring
out at me.  And I preferred Montcalm.  He looked
more interesting and less stuffy.  I quipped
to the man beside me -- "there they are the fate
of Canada in their hands", and we laughed.  I
said, "we could all have been French, and
had much better food, and probably cared more
about literature."  He replied, "I'm from Alaska,
I could have been Russian," and then we both
laughed.  I said "like whats-her-name." And
he said, "Sarah -- don't remind me."  And I said
how did you know who I meant?"  He said,
"everyone knows."  I said that that wasn't true,
but clearly we both watch Jon Stewart.  And that
was true so we laughed again. So much fun in
front of these famous dead generals.

If you're not Canadian the historic battle decided our
cultural future. The English won, and that's why the only
province in Canada that is French for the most part is
Quebec.  But for Canadians there is much more to
it than that -- far too much to go into here. 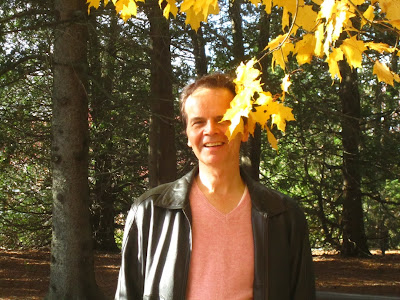 Steven on the grounds at the McMichael
Canadian Collection 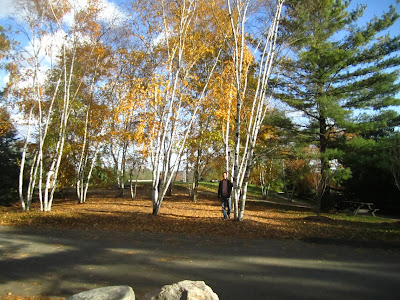 Beautiful birches outside
like those in the Tom Thomson
painting inside the gallery.
Posted by Barbara Muir at 9:55 PM

wonderful post Barbara, must have been a great trip to the McMichael. thanks for sharing, and your delightful version of the Cosmos.

Great post Barbara! I love your exchange in front of the paintings. Ah...the food in Quebec! ; ) I admire your flowers. What a gift in mid October.

What a fun day you and Steven had.

Thank you for a bit of history. I find it fascinating. I'm always intrigued by the power of a few to set down the rules of a country and its borders. I often wonder how it is that Canada and the US are not the same country--well, and Mexico too.

Don't EVEN get me started on the sociopath, Sarah, from Alaska. Puh! What a scary moment in this century.

Your painting is fabulous! The colours in the background made me say, Yum!

Thanks so much. Reading about Montcalm in French I read that he and his wife were in love. Isn't history strange? How we mostly know what we were told, and not more. So staring at Montcalm's face, I wished he'd won. Bien sur.

Thanks so much. It is so nice to strike up a conversation with a stranger and have a laugh. There was some great art there by the volunteers too, maybe I'll talk about that one day. That is such a great gallery.

Thanks so much. Yes you would have enjoyed the conversation and we all could have laughed. Or the teacher from Virginia said today, "we could have been British," True. And we are vestigially British, but not really. Still it's no accident that there was a whole exhibition devoted to photos of our Queen. She was a beautiful, blonde girl at the outset.

Fascinating to think that if the war had been different we would all be French! Mais oui