Pumped and ready for the new season, but sad to say goodbye to summer 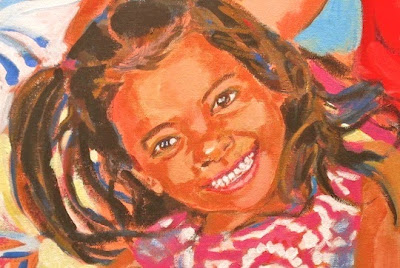 Portrait detail (work in progress)
Acrylic on canvas
Barbara Muir © 2013
The light knows it, the birds know it, okay the morning
glories aren't especially on target, but summer's coming
to a close.  It's been such a great one.  I am still working
on my big portrait, so I thought I'd share some photos tonight.
I'm also showing you one more little face in progress.
What a cutie. Full of life and giggles. 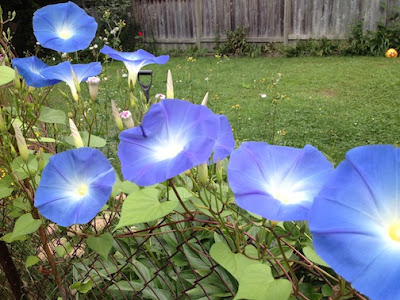 Morning Glories just hitting their stride
Barbara Muir © 2013
In the middle of the hot days, as well as painting I have
been to the market and I'm freezing peaches.  And Steven
got passionate about canning, and bought all the equipment,
so we'll have our choice.  He may be moving on to
tomato sauce which used to be almost a festival with
our former next door neighbours.  The whole family would work
over a propane heater in the garage.  The cans of
tomato sauce for pasta would go into a big metal barrel.
My neighbour would supervise, but her husband, two sons
and her daughter, plus their mates were all in on it.  I
absolutely loved the look of this activity and the smell
was delicious.  So far Steven's work has been an inside
job. 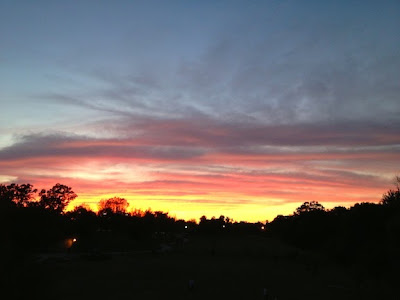 Sunset in our local park
Barbara Muir © 2013
It's so hot in Toronto, and has been mixed weather today.
When it rains Steven says it's hot and mouldy.  That's not
entirely untrue.  This summer's weather -- heavy rain, then
long dry spells and high heat have been hard on the trees for sure,
and we're afraid we may lose our beloved cherry tree.

But what a wonderful summer it's been -- I've worked
all the way through painting like crazy.  Enough from me.
Here are some pics. 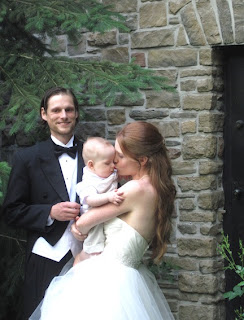 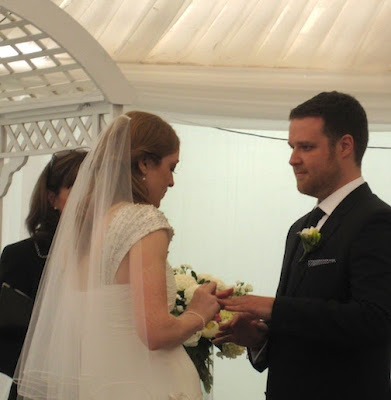 and then Alannah and Erik's wedding
Steven van Schaik © 2013

Then it rocketed along through our lots of work, our
anniversary, Christopher's birthday and our trip to
Nova Scotia. Stopping in beautiful Quebec City
on the way. 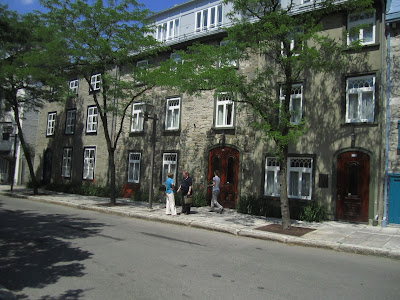 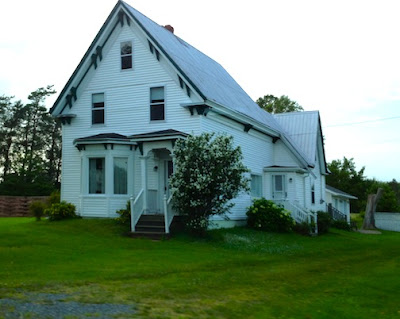 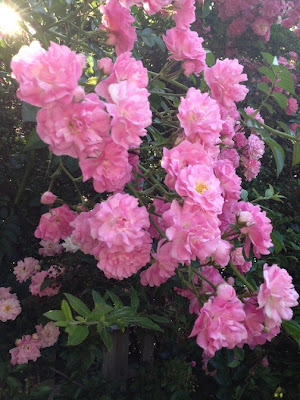 Roses in Annapolis Royal
Incredibly beautiful
Barbara Muir © 2013
I hope to do some paintings based on that trip.

Have a great end to the weekend.

oh Barbara, your portraits are so engaging and so wonderfully executed in those happy colours you do best. great job on this little giggler! Nice images of the bauty of your summer in a nutshell.

Thank you so much. I am pretty happy with my little giggler. Just going to polish her up. It was a lovely summer. And is still giving fall a run for its money.