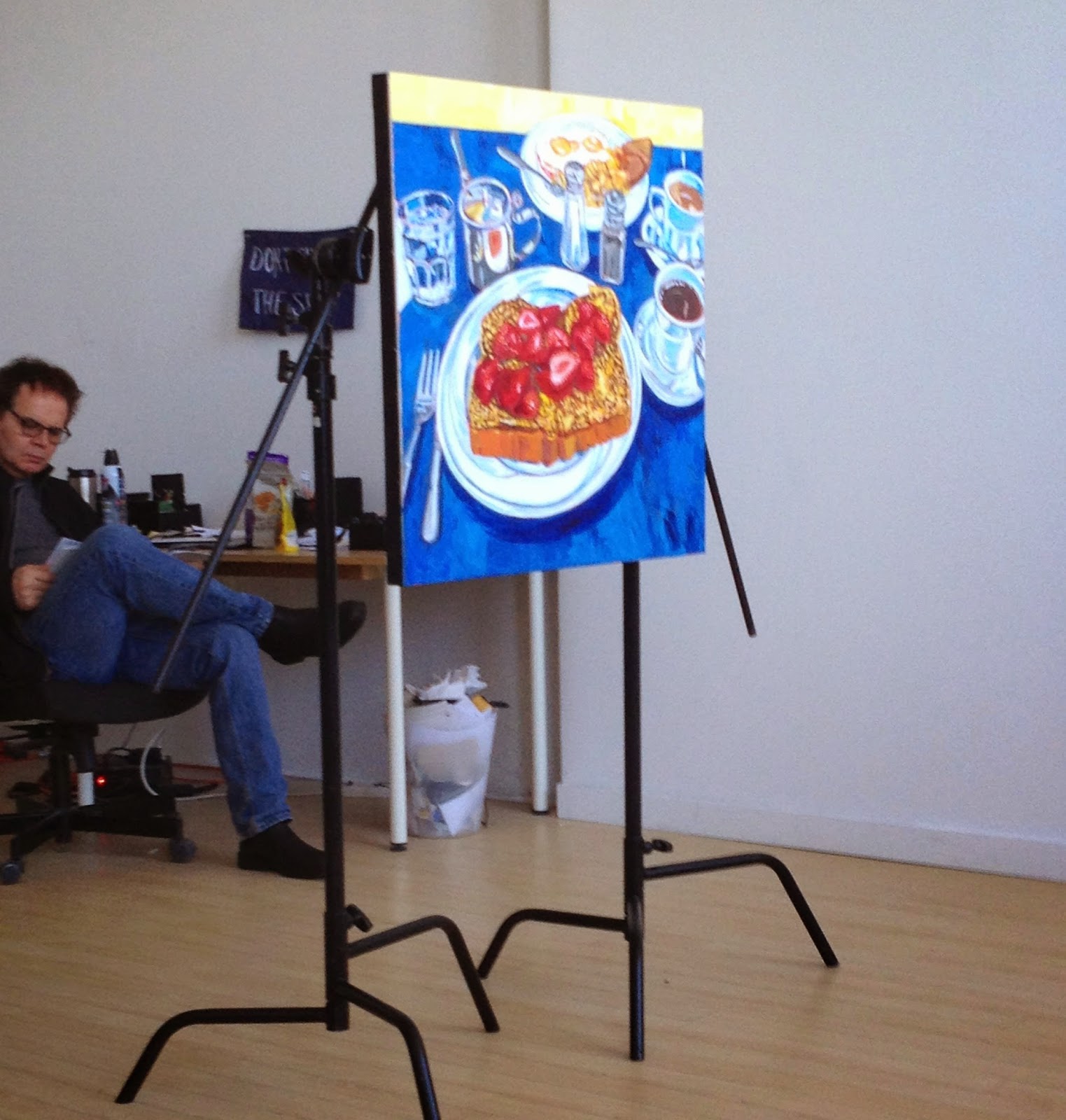 Steven in my son's studio a month ago
waiting while Christopher photographed my
art for the Paris Carrousel du Louvre show.
The painting is Breakfast at the Skylight Diner NYC
Acrylic on canvas
30 x 30 inches
Barbara Muir © 2014

If you're in New York City, and want to come to
the gala opening at the Amsterdam Whitney Gallery
tomorrow featuring an installation of my painting
Breakfast in the hotel, please let me know.  It's by
invitation only.

What a day today!  We spent a long time in the MoMA
(we're in New York), and had lunch in the lovely
restaurant there.  Our table was about an inch away
from the next table, so naturally we began talking to
the couple from Paris next to us.  How strange to
be out of Canada, and hear French in New York.

Yet, not so strange here, where surprises
that put a smile on your face are constant. I tried
to stumble around in French, but the gracious
couple spoke beautiful English.  Now here's the irony
-- we're going to Paris in a month! 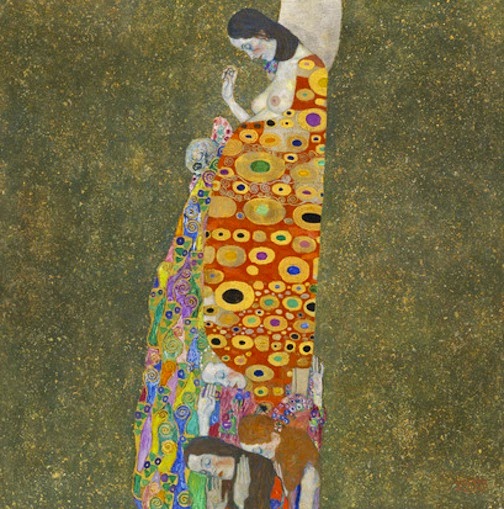 Gustav Klimt. Hope, II. 1907-08
at the MoMA
After about a two hour lunch, we headed out into the
gallery.  I was standing in front of  the Gustav Klimt
(above) and the man next to me and I started asking
each other how the artist put the gold on the background.
Was it first, and then did he paint the green over top,
or the other way around?  We really couldn't decide.
The man turned out to be a graphic designer from the
south of France, and once again, I attempted a short
phrase or two in French.

Then just before we left the gallery, I started talking
to one of the docents.  He was originally from Haiti,
he too spoke French! I told him that in Canada it was
not cool, quite embarassing not to speak French, Canada's
second official language.  Little did he know that I'd heard
more French in one afternoon at the MoMA than in an
entire year in Toronto. He told me to keep practicing
(my French) and to speak confidently in Paris.  Really?
Bien amusant (funny!) 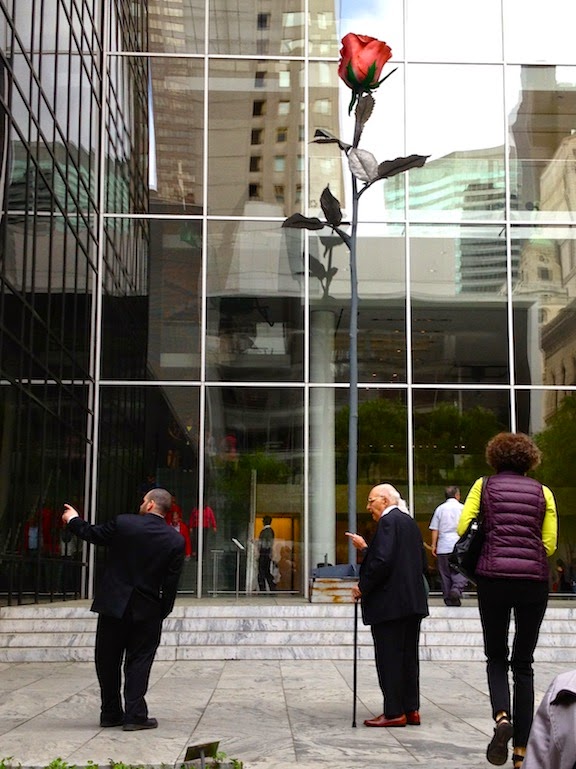 Is that Mike Duffy holding the rose in the sculpture garden?! ha ha ha! first thing I thought of when I saw the picture. Great to hear about your afternoon at the Moma and your chance to practice your french. Sounds like you 2 are having a marvelous spring. Your painting for the Paris show is a stunner.

Great post! I would be there in a minute if I happened to find myself in New York!

He's not holding the rose, it's about 50 feet behind him, and made of steel, held up by a big support. And appearances aside he's about 20 years older than Mike, and a tad more elegant! You are funny!

Wouldn't that me lovely. It would be so nice to meet you. Love your work.