Bernie Taupin, song writing partner to Sir Elton John for more than 40 years is showing his art in Toronto at the Liss Gallery 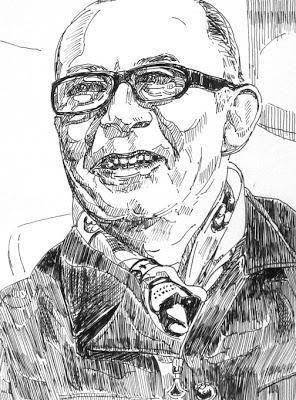 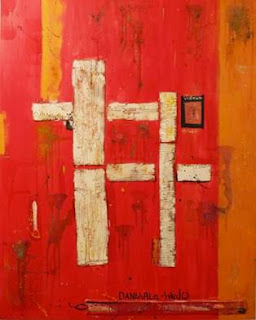 Entre Voudin
Bernie Taupin ©  2013
When I was invited to cover the art show In Other Words --
a collection of paintings by one of the most famous lyricist/
song writers in the world, I was more than thrilled.  Bernie
Taupin has been the song writing partner to Sir Elton John
for more than 40 years.  So many of the moving moments
of those past 4 decades have been affected and made hugely
memorable by Sir Elton John's voice and music and
Taupin's words.  Candle in the wind, I Guess That's Why
They Call It the Blues, and Daniel are only a few of the hundreds
of notable and internationally, well loved songs Taupin has written. 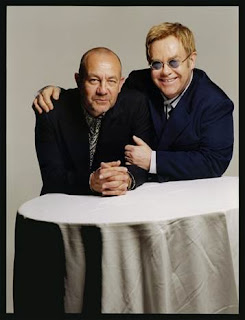 Now Toronto's Liss Gallery is featuring works from another
side of the artist. Taupin is also an incredibly talented painter --
working out in abstract art, images that are another expression
of his incredibly creative, and expressive, artistic voice.

Beginning June 15, the gallery will feature Taupin's
paintings until July 6.  This weekend the artist will make
two special appearances at the gallery.

Taupin says, “Canvas to me is simply the visual extension
of what I have spent my life creating through words. The
imagination, in my estimation, is the most powerful tool
the artist possesses enabling us to conjure up beautiful
distraction for the ears and eyes."

This video -- The Art of Bernie Taupin is a delight.
Click here to watch.

Make sure to check out Taupin's art while the show is on.

Wonderful drawing, Barbara.
I think I played the album Goodbye Yellow Brick was playing every morning before heading to school: I can still hear it, and it brings 7th grade vividly back!

Thanks for posting this Barbara - Bernie Taupin was/is a fantastic lyricist. Love your ink drawing of him. It's full of life. Wish I was in Toronto and could see the exhibition. It's interesting how many singer/song writers do paint as well.

How interesting! I never knew he painted. Paul McCartney, Joni Mitchel (did you see her works in the interview this week? Wow!) And I think your drawing of him is delicious!!

Thanks so much Laura,
His songs bring back so many memories. Elton John has sung so many major moments into being and celebration. I met Bernie last night and it would be nice to draw him again knowing how he looks in person.

Thanks so much. I think you would like his work. He's done many large abstract pieces, some with words and letters, many more about colour and texture. Now that I've met him I would love to draw him again. He was very kind to the people at his opening. Wonderful to see.

Thanks so much. No I missed Joni's interview, where could I see it? I didn't know Paul painted. I saw him in the one hour special on Colbert last week. Maybe he's the one who painted the piano.