Art Opening in New York City -- the city of art 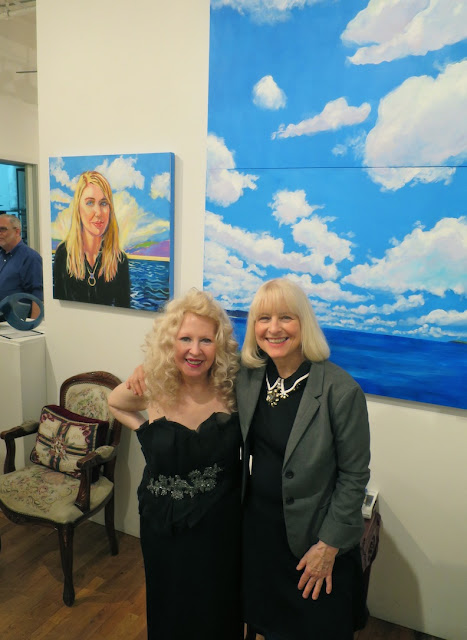 Executive Director of the Amsterdam
Whitney Gallery and me in front of my
Ocean series work.
Yesterday afternoon was excited to be part of an
opening for a group show at the Amsterdam Whitney
Gallery, in Chelsea, New York City.  It was a real treat
get to see the Director of the gallery, Ruthie Tucker and
her husband Alton Louis Amsterdam III.

My work, which was featured in the Florence Biennale
is there  -- a grouping from the Wonder Water Series.
It looks super, and it was delightful to hear how much
the guests and staff liked my work. 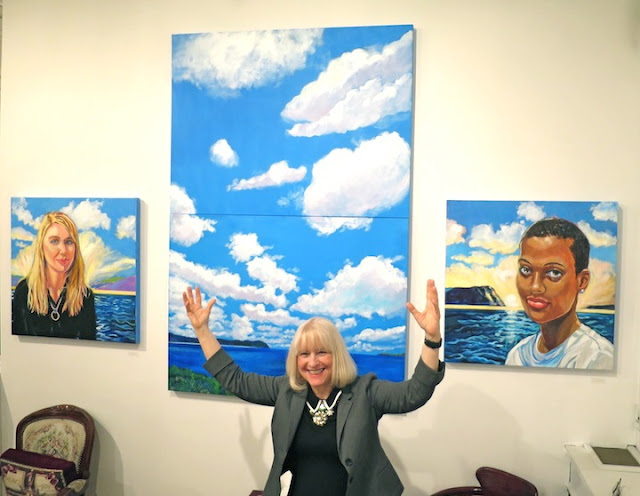 Doing the Happy People move for
Miranda Brouwers who
started that idea with me at
The Florence Biennale in the
fall and together we invigorated
a good size group.
And I was incredibly happy
to see my work here in New York City!

The gallery attracts an intellectual, cultured audience.
Because my series is based on the idea of saving
the oceans, there were invigorating and perceptive
discussions on everything from climate change, to
the political climate -- which the New Yorkers we
talked to were quite concerned about.

Below you can read part of the compelling press
release Ruthie Tucker wrote about my work.  It is
such a pleasure to work with people who understand and
appreciate what I'm doing.

Have a checking out this show if you're in New
York City day.