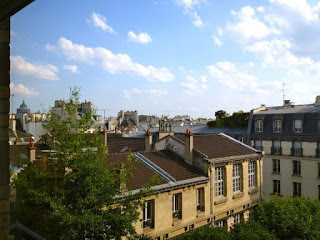 The view from our hotel window
© Barbara Muir 2015

Today Steven and I had a super time seeing good friends on their front porch.
We were social distanced, brought our own coffee, and sat in the freezing cold
talking to one another and having a great time.

When we came home we started to look at pictures of our visit to France
five years ago when I was in the Carousel du Louvre in June, and four years
ago at this time of year. That was the most phenomenal October for art ever!
We went to New York City where I was in a show at the Amsterdam Whitney
Gallery, came home to Toronto on October 9th, and were on a plane on the 19th to
go and show in Paris, France at the Carousel du Louvre for the second time.
Wow! 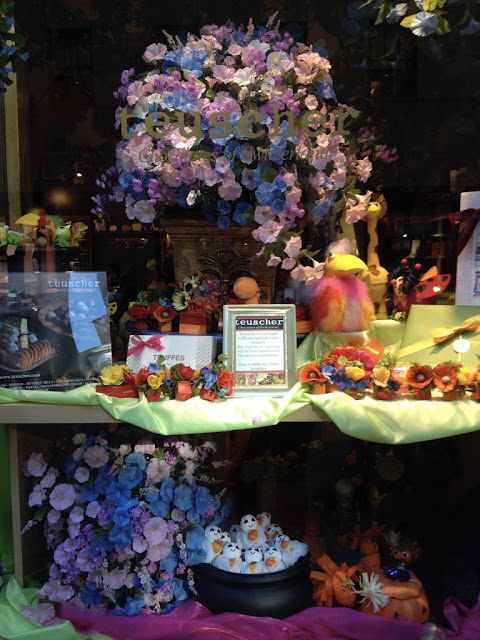 So Steven and I spent some time looking at photos, and dreaming of a time when
we can live that way again. When we saw our friends today, we talked about how
travel is the most wonderful thing to do. And it's the best way to learn about other
people's lives. 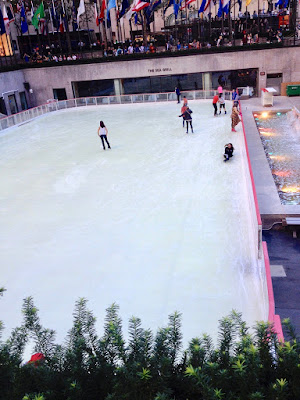 The skating rink at 30 Rock
So different from Canada
No one could skate!
Still so fun.
Photo
Barbara Muir 2016 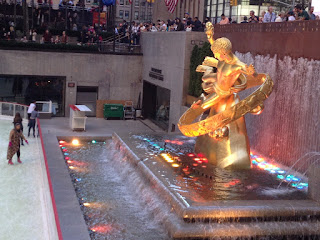 I’ve been so lucky to travel to international art shows that I've been in. It was beyond
thrilling to have my art show in the Carousel du Louvre, which was attended by
so many people. Plus it takes place in the basement of the Louvre Museum, one
of the most important museums in the world.

So I am grateful to my gallery director in New York, and to the wonderful Gallery
directors at E Editore who organized the shows in Paris. Plus in the October,
2016 show I got to see my friend Miranda Brouwers, the artist who I met at the
Florence Biennale in Italy in 2015. 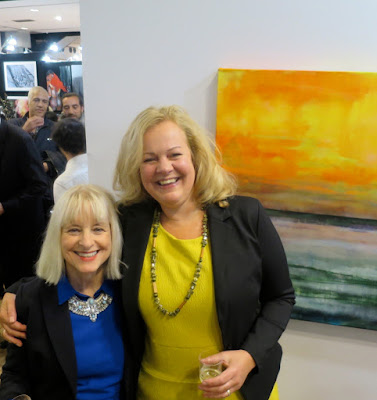 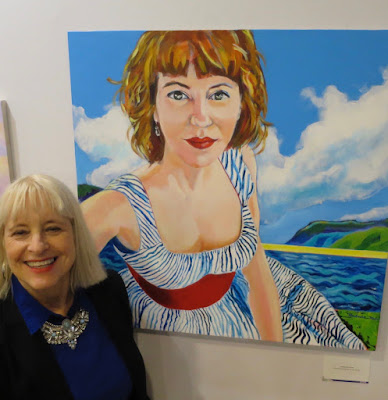 In fact Miranda and I started something at the Florence Biennale in 2015 that we could
really use now, and that was the Happy People Group. In the long days of sitting
the Florence show we helped people become more cheerful by starting this group,
and teaching people to put their hands in the air for two minutes to lower their stress
levels. So hey let’s give it a go now, because aside from not being able to travel at all,
there are one or two things going on that cause some stress at the moment.

Have some fun dreaming!